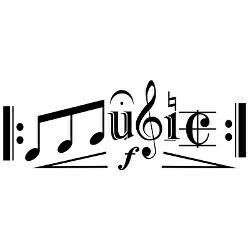 I first met Marius at a photocopy center in Montreal, about 2010. He was photocopying music, so I asked him whose music it was and he replied with his amazing smile: “My own music. I’m a neoromantic composer!”
It was like a retrouvailles of Chopin & Liszt as I was very much “into Liszt” at that moment and we exchanged ideas a long while that afternoon.

We accidentally met again several times after that at the same photocopy center called BureauEnGros. Each and every time we had chats about music for two hours or more.
Each time I was focused on the biography of a certain composer, therefore Marius used to call me “Monsieur Debussy”, “Monsieur Scriabin” (or Sascha – I use to call Scriabin that way) or else, in accordance with the biographical book that I had with me. As a rule, we discussed about that composer and I used to show him passages of the book (underlined with a pencil) that had intrigued me so that we could have a conversation about it. We could hardly end our conversations and some late evening after closure time, the manager of the photocopy center asked a seller why he hadn’t closed the store. The seller answered: ”Look at the two of them how beautiful they talk about music! I just couldn’t disturb their conversation.”

About one year later, I finally dared to ask him to bring me some of his music on a CD as, at that time, I didn’t know how to handle internet and I didn’t know how to search youtube. Few days after that, a lady seller from the copy center gave me 3 CD-s that Marius had left for me.
Three days later I called him and we agreed to meet at his place. First I had to tell him that I was not very fond of his Symphony of Renaissance as it contains many diminished chords like Brahms’ and Beethoven’s symphonies – which have never been my cup of tea!,  while I was really captivated by the wide open chords and harmonies of Chopin and Debussy.

Instead, I was very impressed by his Violin&Piano Sonata which I consider above all Violin Sonatas and all chamber music ever written!
I visited him again many times after that and he played for me from his compositions or improvised while I was sitting in an armchair listening to him in silence.
Marius is really a true artisan, for he composes at the piano, while most of the composers these days will compose directly from the computer.

He played for me passages from many of his compositions and the first two movements of his Piano Concerto. I was mostly pleased by his Largo from the piano & violin Sonata and the Larghetto of his Concerto. The simplicity and the sheer beauty of most of Marius’ genuine themes is what strike me the most. It makes you wonder why nobody else thought of them before!

I‘ve listened at length to Marius’ compositions, including four songs “words & music”  that he wrote. He worked a lot several years ago on completing the third and last movement of his Piano Concerto, which I’m dying to hear live soon… I hope!
Marius also wrote a few more poetic piano bijoux in the last several years, including an Elégie Nocturne, his Adagio Amoroso – which is the most beautiful theme (melody) in the world! –  and the Andante Maestoso.

Now, his new challenge is an Opera that he had in mind for many years. Its libretto is unconventional and exciting. The music is composed so now he seems ready to unfold it!